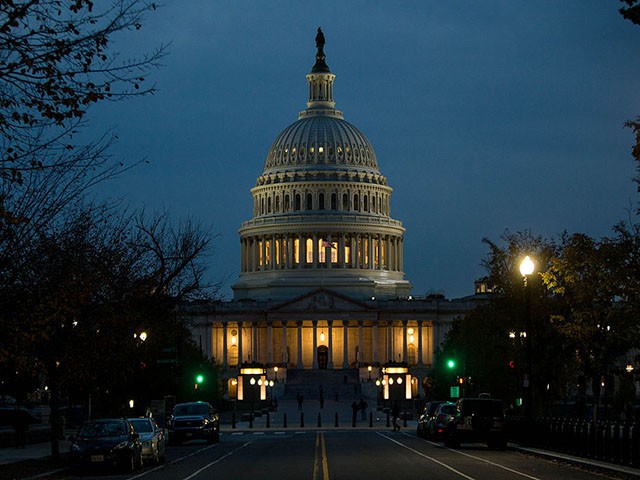 U.S. Capitol Police (USCP) sent more than a few pulses racing on Wednesday when they evacuated the Capitol Building over a suspicious aircraft that they later cleared as a “no threat.”

“The USCP is tracking an aircraft that poses a probable threat to the Capitol Complex,” said the initial announcement that sent Twitter into a fury.

Minutes later, after the Capitol had been evacuated, police said there was “no threat” and the evacuation was only out of “an abundance of caution.”

The Capitol was evacuated out of an abundance of caution this evening.

There is no threat at the Capitol.

Exactly what led to the cause for alarm remains to be seen, but all current indicators hint that a U.S. military aircraft had been conducting circuits near the Capitol.

Re Capitol Police alert. A military aircraft (call sign GKA264/DHC-6 type utility use) is running circuits near the Capitol. But that’s the only aircraft in area on radar. Some military may have transponders off. Came out of Andrews AFB, history shows normally around Pope AFB. pic.twitter.com/aDfvB36dWx

The military aircraft, listed on FightRadar 24 as a call sign for Army parachute team, appears to be heading away from DC now – https://t.co/92xJkjklNT pic.twitter.com/TV4BCSd8xR